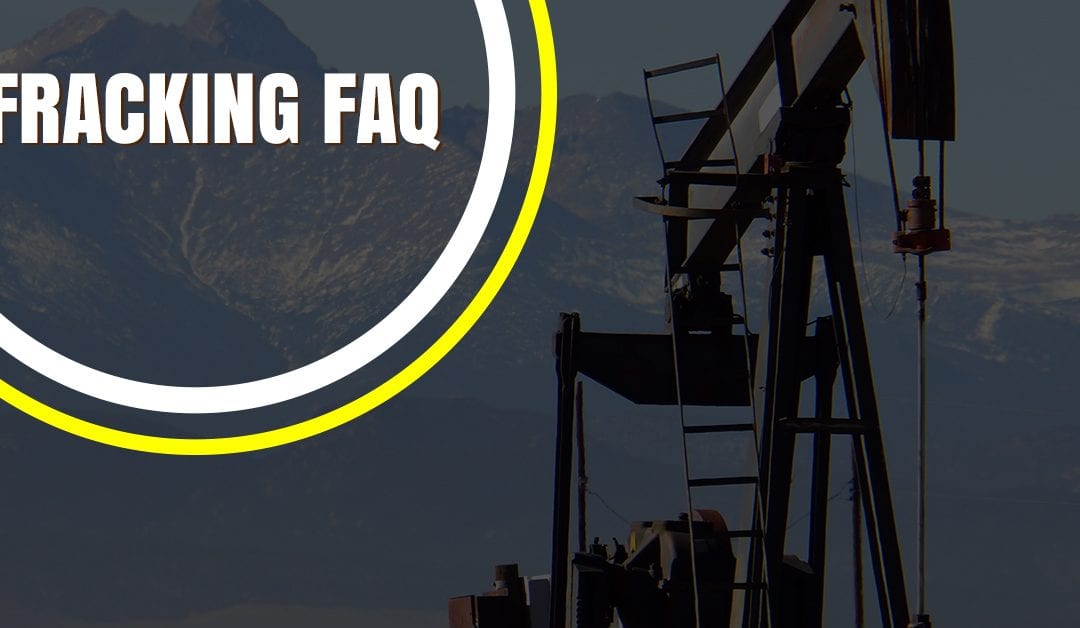 Here at Well Water Solutions, we know it is common to be skeptical about technologies that you don’t know about. When it comes to fracking, many people are understandably worried about its safety and effect on the environment. We would like to help inform you about this new process of harvesting natural gas. To that end, here are the answers to some frequently asked questions about the fracking process.

What exactly is fracking?

Fracking is a short form term for hydraulic fracturing in mining. It is most commonly used to extract natural gases trapped in rock formations like shale deep below the earth’s surface. It has gained a lot of popularity recently for being a less harmful natural gas harvesting alternative for the environment.

What happens during fracking?

The process of fracking is fairly straightforward. A combination of chemicals, water, and sand is pumped way down thousands of feet below the ground, where a large section of rock like shale is suspected to have a natural gas distributed all throughout its pores. This mixture is continuously pumped into the rock formation until a fracture occurs in it. The natural gas then pools and collects in the fracture, where it can collected for transport to a production well.

What chemicals are used in fracking?

Many of the fears of fracking stem from the chemicals used in the process. However, the mixture used in fracking is made up of 99.5 percent water and sand. The 0.5 percent of the mix that is chemical is can range from substances like citric acid to benzene. In many states across the country, mining companies are required to list what chemicals they use for fracking.

How much water is consumed during the fracking process?

Fracking can require anywhere from three to six million gallons of water for a single operation. After a fracking operation, 60-80 percent of that water will be recovered, where it will be placed into lined holding pits and tanks. Whatever water left remaining is left trapped underground.

How much of our gas comes from fracking?

How many jobs does fracking create?

The national numbers for fracking jobs are hard to track down, but in between 2009 and 2011 Pennsylvania hired an estimated 72,000 people for fracking jobs for operations working on the Marcellus shale formation. It is also speculated that North Dakota’s unemployment rate has been has held at 3.2 percent mostly because of fracking operations in the Bakken formation keeping it from going up.

Can fracking cause earthquakes?

According to current data, fracking does not cause any more earthquakes than any other form of geothermal mineral exploration. As far as pulling natural gas out of the ground goes, fracking is as safe or safer than other forms of extraction.

This is another one of the main concerns about fracking, that chemicals will pollute local aquifers or that noise emissions will disturb wildlife. In practice, fracking takes place thousands of feet below the ground, whereas most aquifers are located only a few hundred feet below ground. That leaves hundreds of feet of solid rock between wells and any mining operations, making fracking exceedingly unlikely to contaminate local water supplies. Additionally, fracking companies are working closely with conservation groups to ensure that work sites do not endanger the environment.

Does fracking cause flooding?

As of yet, there have been no reported incidents of flooding being caused by fracking operations. However, there is a concern that flooding during an operation that infiltrated holding tanks could spread chemicals and radioactive substances into local water supplies. Fracking operations have several redundancies to deal with this scenario.

What contaminants are found in fracking operations?

There are a few common volatile compounds used during fracking. These include methane, polycyclic aromatic hydrocarbons, sulfur dioxide, and benzene. While benzene is a volatile organic compound, testing done of people living around fracking areas shows no higher levels of benzene in the blood, except in cigarette smokers.

Hopefully this article proved informative. If you are looking for frac tank rentals across the US and Canada, then you are in the right place. Here at Well Water Solutions, we have the equipment that you need to keep your fracking operation running smoothly. Feel free to give us a call if you have any questions about our services. One of our friendly and knowledgeable representatives will be happy to provide any answers you may need.