Why Fracking Doesn’t Impact Groundwater And Other Fracking Facts! 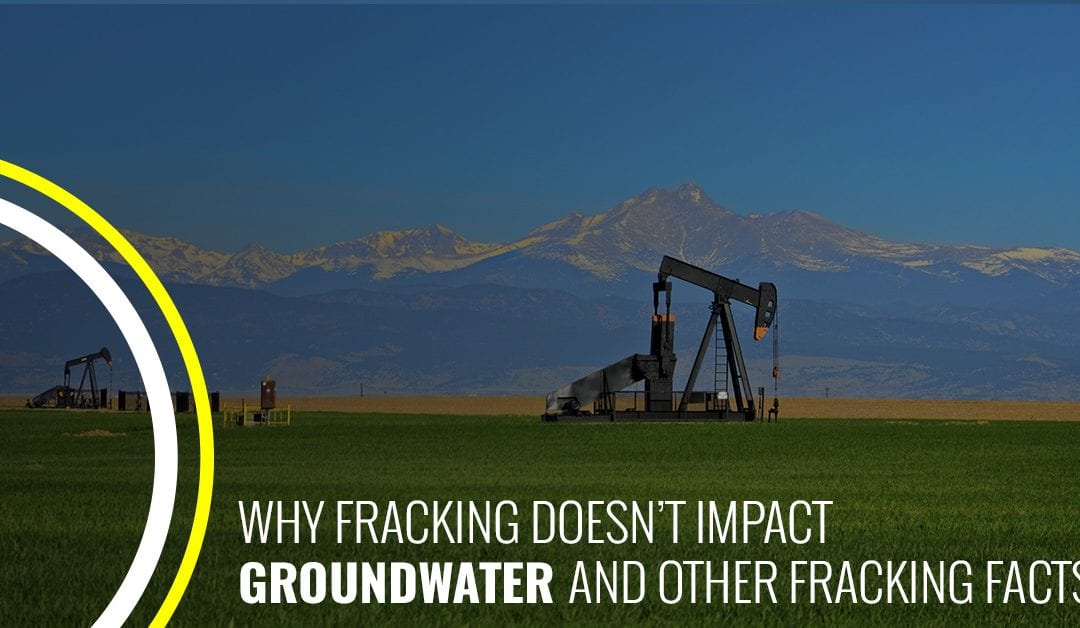 As many of our readers know, fracking is qualified as the injection of high-pressure water, mixed with chemicals and sand, into rock in order to allow the release of oil and natural gas. Since 1947 this method has existed, but it wasn’t until the past decade that we expanded our horizons beyond the scope of vertical wells. The industry saw the rise of a new technology — horizontal drilling — which allows us to move beyond the limited means which vertical-well fracking affords. Everything changed when George Mitchell invented a method which involved guiding steel pipe from a vertical to a horizontal plane. Through the use of an internal global positional system and a flexible drill bit, an unforeseen bounty of oil and natural gas is now available through horizontal hydraulic fracking.

Now that the brief history lesson is complete, it’s time we get to the meat and potatoes of our post. As the title no doubt gave away, we are addressing why fracking doesn’t impact groundwater, before we move onto list an assortment of other fracking facts. If you are wondering if there actually are practical risks involved with fracking and the pollution of groundwater, prepare to be enlightened by Well Water Solutions, your source for frac tanks for sale and rent!

There is a surplus of misinformation out there regarding environmental concerns and hydraulic fracking. To be clear, we aren’t interested in getting political here. We are interested in providing facts about our industry to help our readers and prospective customers understand what is actually going on in the world.

That being established, you may have heard or read that all fracking should be abandoned because there is a groundwater pollution risk inherently associated with the practice. We are sure the majority of these folks are well-intentioned in their concern, but ultimately they fail to understand that horizontal drilling involves very little risk in this arena.

The vast majority of the time, horizontal fracking is administered deep, deep into the ground — at least a full 3,000 feet beneath the surface of the earth. This is because steel drill pipe is only able to bend around 3 degrees per every hundred feet. Doing some quick math, it takes 30 lengths of steel pipe (at 100 ft. each) in order to bend 90 degrees.

Once the drilling begins at such great depths, the process involves cracking the shale rock so a hole that is usually a few feet wide allows the oil to flow. Because these cracks are so small, there is no risk of stray oil and natural gas polluting the surface water. Most shale gas drilling occurs at depths between 6,000 and 10,000 feet. And the average depth of water aquifers? 500 feet.

Similarly, there is also little to no potential of hydrocarbons escaping from the steel pipe while being pumped to the surface. How are we so sure? The steel pipe boasts up to seven different casings at the surface hole! The process is thorough and well-measured in the vast majority of cases.

In sum, there is very little to worry about when it comes to surface water being polluted by fracking. Because of the depth and the attention to detail of those involved in the fracking industry, we at Well Water Solutions think it is silly to raise a false flag when we have such a massive economic opportunity at hand. Sure, we might be biased, seeing as how we are providers of above ground water storage tanks, or ASTs, but that doesn’t change the state of things.

Now that we’ve taken a deep dive (get it!?) into one particular topic in today’s post, we’d like to take up the remaining time we have by providing our readers with some (ideally) interesting, if not arbitrary, facts about fracking. Prepare yourself, good WWS blog readers for some myths to be dispelled while watching the truth prevail!

So there you have it — some fracking facts provided to you by Well Water Solutions. We hope you enjoyed this post, just like we hope you consider us to be your provider of all things oilfield water management related! We were founded on the principle of building strong and prosperous business-to-business relationships. With our experience, commitment to safety, and variety of frac tanks for sale and rent, reaching out to us to learn more just makes sense! Contact us today.