The Economic Benefits of Fracking

Fracking is economically beneficial in so many ways.

There’s no doubt about it, fracking is a controversial topic. However, regardless of how you feel about fracking, the economic benefits of fracking are undeniable and have even helped to cushion the United States against the dramatic shifts in the cost of oil that helped to add fuel to the fire in 2008’s economic crisis. Here are just a few of the ways that fracking has helped to benefit our economy:

While gas prices have gone up this summer, without fracking, they would have gone up much higher than they are today. This is because of the sheer amount of natural gas that has been extracted through the hydraulic fracturing process. With so much product on the market, consumers enjoy lower prices. In 2015, fracking — in conjunction with falling oil prices — helped drivers save almost a full dollar per gallon at the pump.

One of the biggest ways that fracking helps to benefit the economy is through job creation. Fracking has made it possible for millions of Americans to find a job with a decent wage. Fracking has already helped to create more than 2.1 million jobs, and by 2035, that number is expected to soar to 3.5 million. In communities where fracking occurs, the unemployment rate is, on average, 2.4 percent lower than in the rest of the country. And, for every job created in the fracking industry, there are between one and three jobs added to other sectors.

#3. It helps to keep energy prices low in our homes.

In addition to helping you save more money at the pump, fracking can also help you save on your energy bills at home. Thanks to fracking, gas bills were reduced by $13 billion between 2007 and 2013. That means that the average households that use natural gas save about $200 per year on their energy bills.

#4. It helps Americans save more money.

Even with a booming economy and a low unemployment rate, many Americans are still struggling to make ends meet. And believe it or not, fracking has made it easier. According to a study conducted by the Boston Consulting Group, the natural gas boom has helped to save the average household in the United States between $425 and $725 per year. 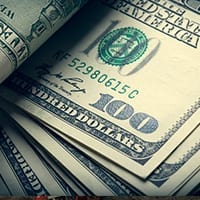 #5. It helps to increase wages.

Not only does fracking help to create jobs and save Americans money, but it also helps to increase wages in the United States. In counties where shale resources are extracted through fracking, there has been an increase in average incomes by 10 to 20 percent.

Fracking has helped the American economy in so many different ways, and at Well Water Solutions, we give back by helping fracking companies like yours save more money. With waste water treatment and high-quality frac tanks, we can help you to reduce your operational costs on the frac site, while also helping to increase your production. Would you like to learn more about how we can help you save more money? Contact us today to get started!