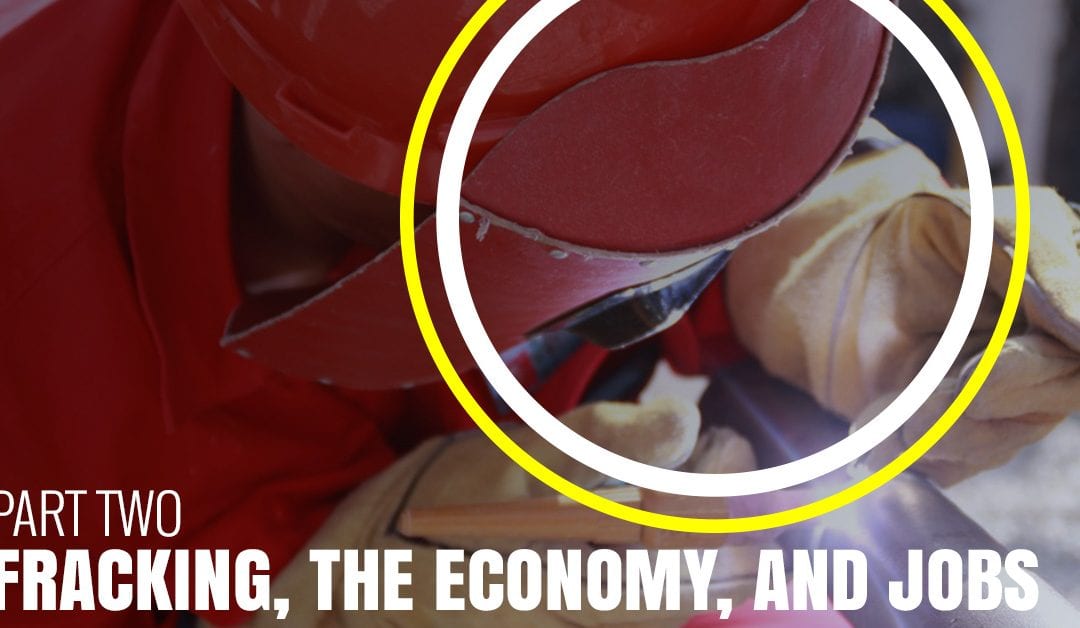 In part one of this two part series on fracking, the economy, and jobs, we rewound the clock about ten years to talk about the context out of which hydraulic fracturing and horizontal drilling aroze. We contrasted generally unsuccessful stimulus packages with the organic economic contributor that the shale oil industry proved to be. For a brief recap, between 2012 and 2014 alone, said shale oil industry provided $3.5 trillion in growth and 4.6 million new jobs, according to a National Bureau of Economic Research Study. See part 1 for more complete information, but the long and short of our first post is that in a time of extreme stagnation and failed attempts to recover, fracking ended up doing something congress and the rest of the government largely failed to do: grow.

In today’s post, we here at Well Water Solutions and Rentals Inc. are going to continue this topic with a modern day analysis and a view towards the future.

What If Fracking Was Banned?

While we aren’t attempting to ignite a debate about environmentalism, it’s important for all information available to be considered when the senate, and public, are considering policy changes. While many people mean well as they gloss over an article that tells them what to think about an issue that is seemingly a closed book, it’s never a bad idea to understand all sides of an issue before coming to a conclusion. Protecting the environment is immensely important (and our fracking pond alternatives that you can rent or purchase at WWS contribute to that aim), but each value we hold does not exist in a vacuum. To be less abstract, if a recent piece of legislature had been approved which would have banned fracking, an estimated 3.9 million jobs would have been nigh on immediately lost, with up to nearly 15 million (!) people being out of work by 2022, according a study done by the U.S. Department of Commerce. In that same study, experts projected the following troublesome potentialities.

A Scope Beyond Our Realization

The national study goes onto project dramatic changes in everything from air transportation costs to industries one wouldn’t typically associate with this topic, such as entertainment, retail, and real estate. Why? People need to pay their newly plump utility bills and transportation costs. With fewer jobs and less spendable income, the public’s ability to be consumers is restricted, which further negatively impacts the economy.

The study notes that the categorical ban on fracking would have macro-effects on our capability to handle a potential recession as well. “Removing hydraulic fracturing from the equation would greatly shrink the size of the U.S. energy industry and reduce its ability to cushion the economy against large swings in energy prices. In essence, a prohibition against fracking would be the worst of both worlds – with energy supply constrained, prices would rise, greatly burdening U.S. households and industry with higher prices, as well.”

Clearly, this is an issue which must be examined on all sides. In previous posts we have attempted to address potential environmental concerns, and myths, that have to do with fracking. Today we are highlighting the extreme economic misfortune our country would endure should the public opt to ban fracking.

A common argument promulgated by those who wish to ban fracking is that it only makes the rich richer. But who owns big oil, really? The answer may surprise you, because odds are it is you who owns big oil. If you have a mutual fund account, an IRA, a personal retirement account, or even a pension plan, the chances are high that a good portion of those funds are in the oil industry.

This comes as a shock to much of the public, in part because many politicians would have us believe that big oil belongs to the “1 percent” and the 1 percent only. On the contrary, the natural gas industry’s fate is intertwined with the retirement plans of millions of hardworking Americans, from police officers, teachers, firefighters, and many other public pension retirees, according to one Sonecon study. Clearly, this is not a case of simply shutting down greedy corporations for the sake of the people’s good.

The Future Of Fracking

While the long-term future of fracking remains in doubt, some within the industry look toward areas of opportunity. Chris Warren, a spokesperson for the IER (see last post), noted that federal lands have lagged far behind the growth that’s taken place on state and private lands. According to Yale research, drilling in the Arctic National Wildlife Refuge would create 736,000 new American jobs. If the nation utilized these areas in addition to other offshore drilling opportunities, analysts estimate that doing so would result in $5.1 trillion in new wages and $3.9 trillion in new federal tax revenue for the government by the year 2035.

Now, it’s important to understand we aren’t advocating for the burning of all forests in Alaska or the annihilation of wildlife in the arctic. We aren’t advocating for anything, but simply seeking to educate people with an economic perspective on a predominantly emotionalized issue. What many politicians won’t tell you is that the supposed environmental impacts advocates describe are typically inflated or plainly fabricated. According to the Washington Times, “The EPA’s report isn’t the only one that exonerates fracking. Officials at the U.S. Department of Energy, and at the U.S. Geological Survey have also said that there simply is no evidence of widespread contamination due to fracking. Contamination has occurred in some places, yes, but fracking isn’t the culprit. A 2014 National Academy of Sciences report found that the contamination of water resources in Pennsylvania and Texas was due to well leaks, not fracking.”

The EPA itself admits as much. Administrator Lisa Jackson said, “In no case have we made a definitive determination that the fracking process has caused chemicals to enter groundwater.” And while the debate and research is far from over, it’s helpful to realize that the prospect of self-sabotaging our country’s economy for the sake of a topic in which the jury is still out may not be the ideal outcome.

It Affects Us All

Whether you work to provide alternative fracking ponds, liquid storage tanks, and other frac tanks for sale and rent or are in an entirely different walk of life, it’s safe to say that this issue is ubiquitous in its impact. We at Well Water Solutions certainly have a horse in this race, as does almost every American to one degree or another. The crux is that dialogue about this topic needs to continue, as it requires a depth of understanding alongside the willingness to think outside of one’s immediate, personal bubble.