Fracking, The Economy, And Jobs, Part One 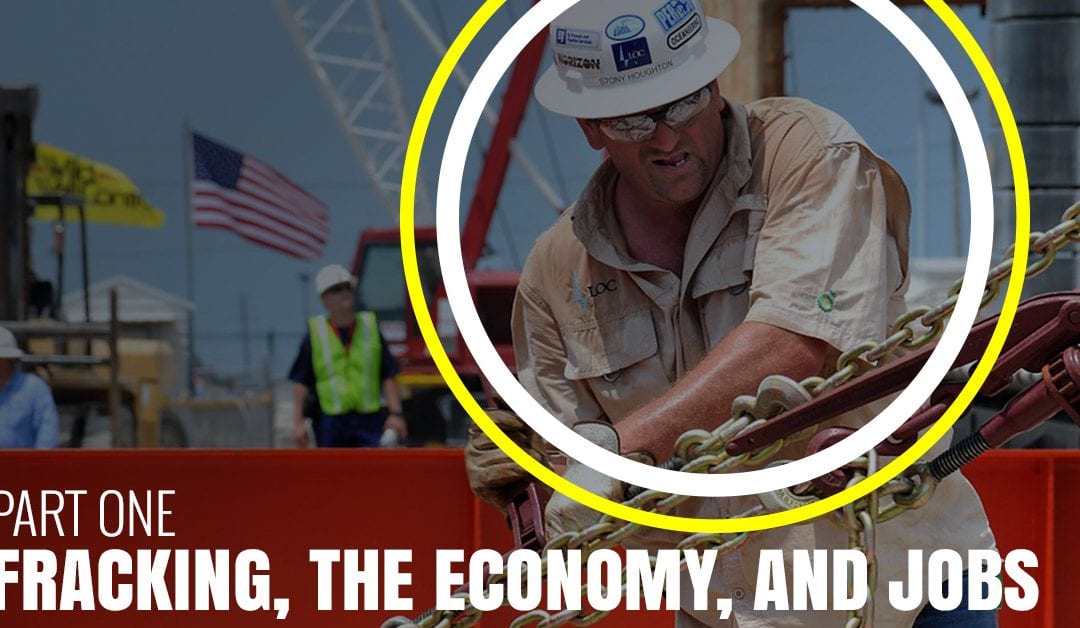 Here at Well Water Solutions and Rentals, Inc. (WWS Tanks) we provide affordable and high quality above ground frac tanks for customers who need it. Based in Casper, Wyoming, we’ve carried our core principles that we started with all the way through to the present. One of those principles is to build long-lasting relationships with other companies by going about our business the right way. We do this by having an expert team that is focused on providing consistent value and innovation to bring our customers cutting edge water storage solutions.

Another core principle we closely adhere to is safety. Our crew is comprised of talented business leaders with a range of oil industry experience and knowledge. But regardless of each individual’s background, all of our employees undergo rigorous safety training which includes PEC Safe Land, PICS, H2S, Confined Space, Forklift, Ariel Lift, WWS Tank Procedured (in-house), OSHA 10 Hour, and DISA Drug Testing. If you are familiar with the above list, then you likely understand how thorough we are, and why we bring it up. If you aren’t familiar, that’s okay. You can search about each one on your own time. In the interest of the topic at hand, let’s move on to looking at fracking’s impact on the economy over the past ten years.

This is part one in a two part series that examines the economic impact of fracking, in addition to a narrowed outlook on revenue and job production. In previous posts, we’ve looked at innovative techniques both small and large oil fracking entities have been using to shave vast amounts of cost off of their bottom line. For example, the behemoth Chesapeake Energy are able to cut 90 percent of their yearly costs to produce the same amount of oil barrels per day (roughly 630,000), when comparing 2017 with 2014. Today, we will continue in the same realm of conversation, with more attention devoted to economic considerations, with today focusing on the past.

When housing prices began to fall off of a cliff in 2006, the government did what it deemed to be best by providing an array of stimulus packages and bailouts to a variety of industries and companies within it. In August 2007, for example, the Federal Reserve added $24 billion in liquidity to the overarching banking system. When the first attempt proved less than successful, Congress went all in with a $700 billion bailout on the banks in 2008, which has been come to be known as TARP. In 2009, President Obama more effectively addressed the recession with a $787 billion Economic Stimulus Plan, also referred to as ARRA. The ARRA included $54 billion in tax write offs for small businesses, $224 billion in unemployment benefits, $275 billion for public works, plus other sizable amendments to the norm.

The above efforts, even with their seemingly astronomic figures, were not enough to jump-start America’s economy. In 2009, Obama attempted to address the nearly 10 million homeowners facing foreclosure by allowing them to refinance or restructure their mortgages. As 2009 wore on, foreclosures kept mounting, as many banks opted against modifying loans to be more consumer-friendly. This made sense, too. Banks need to be profitable, and without being compelled to do something against their company’s better interest, there was little likelihood that most lenders would willingly self-sabotage for the greater good of the American people. That’s just not realistic.

The Federal Reserve enters as a fallback solution to be a commercial lender. More people were able to get loans (beyond the residential sector, as well), and a total global depression was avoided. However, unemployment was still at 10 percent, the stock market was, well, depressing, and a full 6 million people had lost their jobs over the past year. Things were far from being peachy when looking toward 2010, and beyond.

All of this to say that this is the tumultuous economic climate from which hydraulic fracturing and horizontal drilling emerged.

Fast forward a few years to 2012, and the economy remains sluggish. Unemployment rates are uncomfortably high, with very little in terms of job growth on the horizon. But there is an exception to that trend, hydraulic fracturing. However, fracking started well before 2012, along with its transformational qualities, economically speaking. A 2010 Yale study noted that the consumer surplus (or savings due to a price reduction) from shale gas was over $100 billion to the US economy. In a time of national struggle, such gains are nothing at which to turn your nose up.

We won’t be discussing the details of fracking methods in today’s post. Nevertheless, advancements have made and continue to make finding and extracting natural gas reserves much more possible and efficient. The fact that the natural gas is being harvested from shale doesn’t hurt either, as it is much more stable than volatile, difficult-to-predict alternatives. From a business perspective, energy-related companies found the USA to be an attractive place to step up shop, and expand. Billions of dollars and thousands of jobs popped up in states like Pennsylvania and Ohio, to name a few.

The trickle-down effect that this re-energized industry experienced was encouraging. But the benefits went beyond reducing prices at the pump, as nice as that is. The shale oil industry generated 4.6 million new jobs from 2012-2014 alone, along with $3.5 trillion in new wealth, according to a study performed by the National Bureau of Economic Research. This occurred at the same time as a sharp drop in oil prices to a remarkable $30 a barrel, which significantly cut profits. But a significant point to note from an economic perspective is that fracking is its own, natural sort of stimulus. It’s not a vacuum which creates a few thousand jobs here and there and let’s the rich get richer. On the contrary, natural gas provides north of 25 percent of national electricity generation. Natural gas impacts a host of infrastructures, which include waste treatment, food processing, powering industrial boilers, pharmaceuticals, and agriculture.

Chris Warren, a spokesperson for the pro-industry Institute for Energy Research, spoke to the Daily Caller, and echoed the above sentiments. “What’s often overlooked is the impact that the shale revolution has had throughout the economy…Lower energy prices mean people have more money to save or spend on other day-to-day necessities. More energy production leads to job creation in other sectors of the economy, whether it’s manufacturing, healthcare, education, etc.”

Vital To The Economy

This post is not going to address myths or concerns related to the environment. You can find plenty of information in previous posts that we’ve written. What will will say, to wrap up part one of this two part series, is that fracking is vital to our economy. When things are great, or even decent, economically speaking, people forget what a recession feels like. We at Well Water Solutions and Rentals Inc. certainly do not forget the recession of the last decade. Neither do we forget how easy it was to find our way into that hole, nor how difficult it was to claw our way out.

Fracking’s contributions to the clawing out process often go overlooked by people outside of our industry. But it’s easier for people at company that thrives on providing exceptional frac tank rentals, industrial storage tanks, and above ground water tanks for affordable prices to be more cognizant than the average citizen. In our next post, we will look at future prospects of fracking and how it may continue to stimulate the economy, in addition to analyzing current political factors are affecting industry stability and growth.

In the meantime, if you are interested in learning more about our fracking pond alternatives here at Well Water Solutions, get in touch with us today. We would love to provide you with an innovative, reasonably-priced frac tank solution to help you and yours be more profitable at the end of the day.